Valtteri Bottas brought home his first race win of the 2021 Formula 1 season at the Turkish Grand Prix in a tricky strategic outing in Istanbul where decisions over tyres and a damp but drying track threw up some difficult calls for teams and drivers.

Bottas led for large sections of the race as he managed his pole position well and kept the Red Bull of Max Verstappen at bay, crossing the line over 13 seconds ahead of the Dutchman and bagging the extra point for fastest lap.

Sir Lewis Hamilton looked to be a serious contender for a podium, after starting the race in 11th following an engine penalty to come in 5th at the end of the day, but the Brit’s chances for anything better were scuppered by a call from the pitwall to come in for fresh tyres 10 laps from the end.

Hamilton resisted prompts from his team to come in for a fresh set of intermediate tyres for nine laps as he pushed to run on the same set of rubber from start to finish in a bid to chase down Verstappen, but eventually pitted on Lap 53.

However, in doing so the world champion ceded fourth place to the Red Bull of Sergio Perez, who earlier in the race had fended off the Mercedes for four consecutive corners of nail-biting wheel-to-wheel racing, drawing strong criticism from Hamilton to his team over the radio for losing out to their title rivals.

The Mexican went on to finish the race in third, giving Red Bull a double podium and putting Verstappen back in the lead over Hamilton in the Drivers’ Championship.

The conditions threw up a host of challenges for the teams on the pit wall, resulting in some odd decision making such as Sebastian Vettel opting to switch to medium slick tyres even as there was clearly still water on track, a decision which was swiftly reversed a lap later as the Aston Martin driver immediately struggled for grip.

Charles Leclerc led for a time during the second half of the race, as the Monegasque tried to emulate Hamilton and nurse his intermediate tyres from flag to flag in a bid to scoop the win from underneath Bottas, but he began to struggle with grip and lock ups and eventually allowed the Finn passed into Turn 1.

It was a better day for Pierre Gasly and AlphaTauri, who returned to form as best of the rest in Istanbul as he came home in sixth, while Lando Norris in the McLaren sealed seventh place after he was unable to replicate his form in Russia in the damp track in Turkey.

Elsewhere, Carlos Sainz rallied after starting the race from the back of the grid for taking a penalty for a replacement new power unit, carving through the field to finish in ninth, while Esteban Ocon in the Alpine and Lance Stroll’s Aston Martin rounded out the rest of the top 10.

Red Bull will walk away quietly satisfied after Perez was able to keep Hamilton at arms length for long enough to give them the strategic advantage and Verstappen managed his race well, even if they were unable to get past Bottas who bags a well-deserved first win of the season.

Meanwhile for Hamilton it was a case of what might have been, as the world champion was eager to try and run his intermediate tyres right until the end, but the team ultimately felt that he would have been caught by Perez either way and time will tell how big an impact the decision could have on the overall championship race.

Elsewhere on the grid it was a disappointing day for McLaren’s Daniel Ricciardo, who after going out in the first qualifying session yesterday was unable to find any pace and suffered from issues with rear brake locks up and finished in 13th.

It was also a case of what could have been for Alpine and Fernando Alonso, who after qualifying in sixth spun at the first corner off the start following a collision with Gasly, the Frenchman earning a five-second penalty from the stewards. 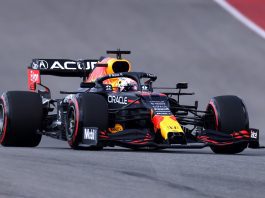 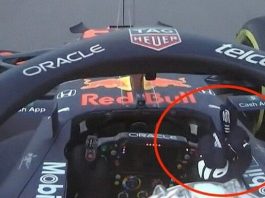 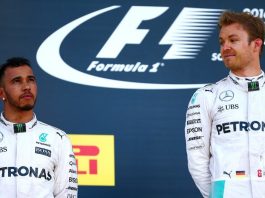 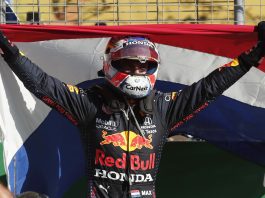 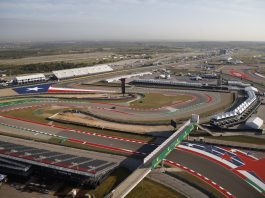 Latest weather forecast for F1 US Grand Prix at COTA 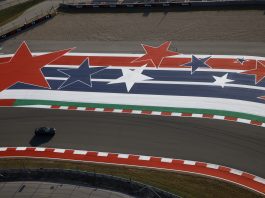