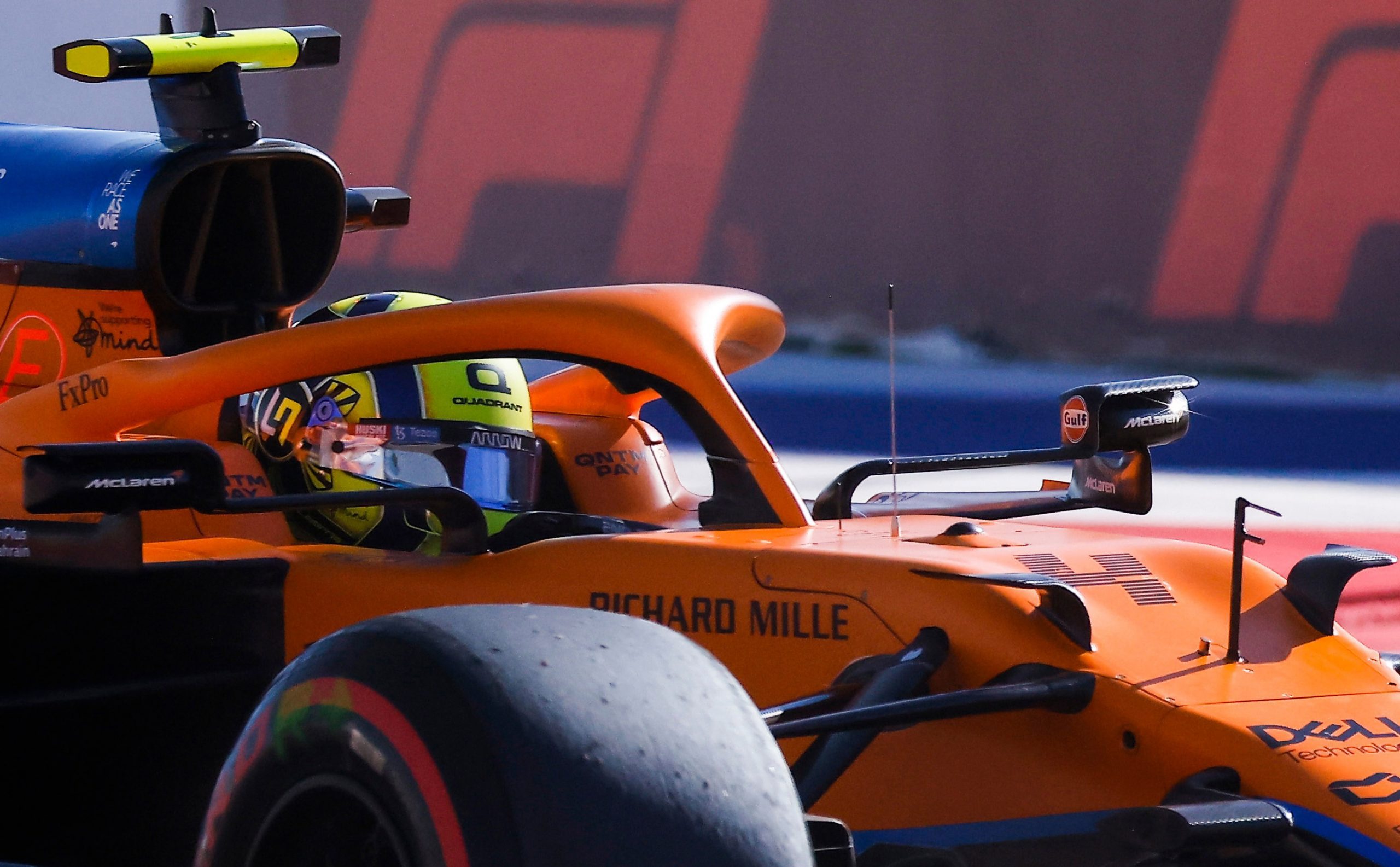 McLaren driver Lando Norris took a sensational pole position for the 2021 Formula 1 Russian Grand Prix at Sochi in a dramatic qualifying session on Saturday, as the team built on their win at Monza.

Almost the entire qualifying session was done on intermediate tyres until the final five minutes which saw soft tyres being put on in Q3. Lewis Hamilton bumped the wall on pit entry late in Q3, meaning he had to change the front wing on his Mercedes, which meant he was unable to get temperature in his tyres.

Max Verstappen, who will start from the back of the grid after he changed the power unit on his Red Bull, decided not to post a time in qualifying. Charles Leclerc and Nicholas Latifi, who both also made changes to the power unit, didn’t post times in Q2, and will start at the back.