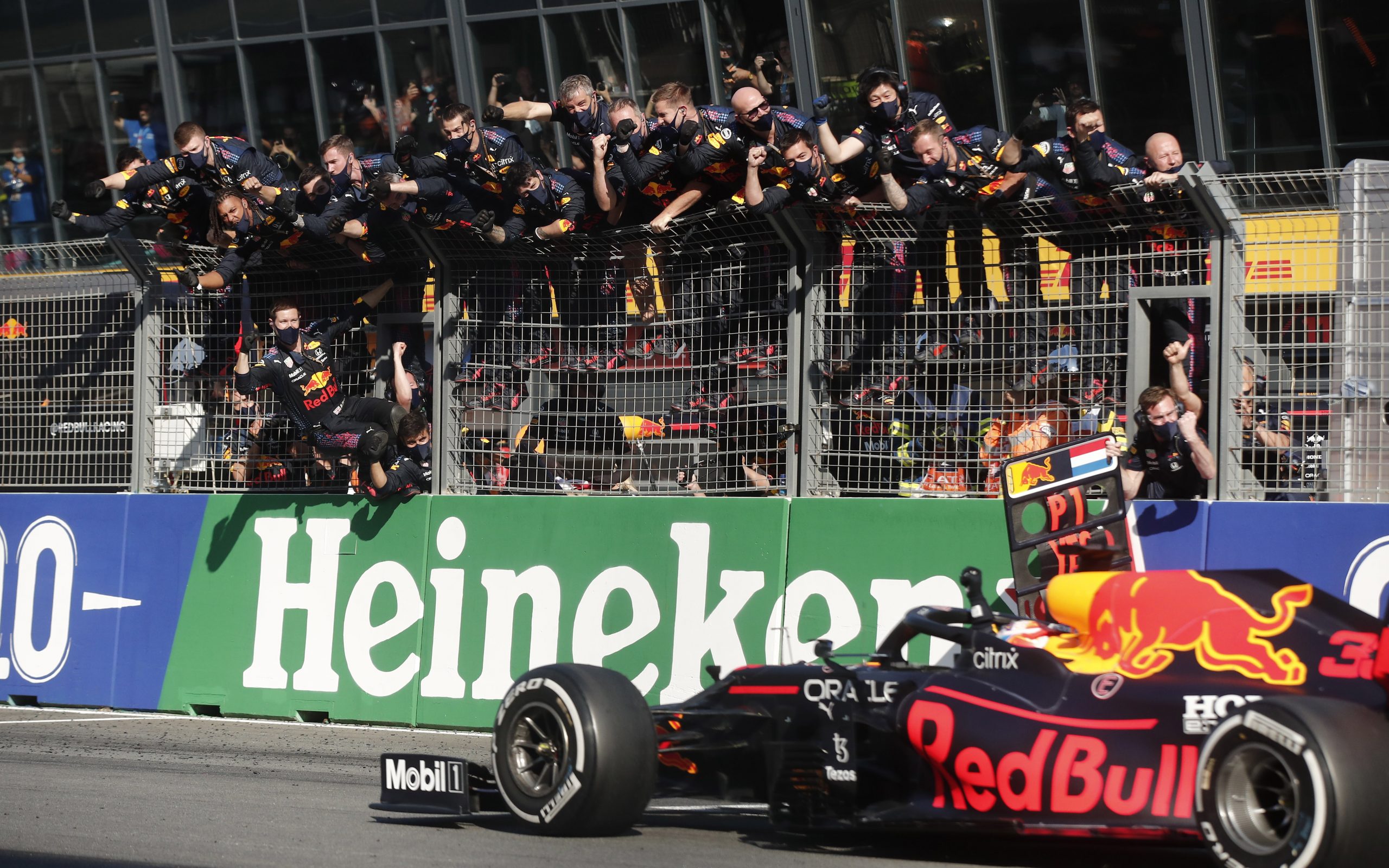 Max Verstappen put on a show at Zandvoort as he claimed victory in the 2021 Dutch Grand Prix, and with Lewis Hamilton finishing second, the Red Bull driver is back on top the Driver’ Championship standings.

Verstappen, Hamilton and to an extent Valtteri Bottas were in a league of their own on Sunday, with every driver up to, and including, fourth place being lapped by the leaders.

As a result, Verstappen now leads the F1 Drivers’ Championship by three points to Hamilton, with Bottas leapfrogged and opened up a nine point gap to McLaren’s Lando Norris.

Elsewhere, in the Constructors Championship Mercedes now have a 12 point lead over Red Bull, with Ferrari a massive 151 points behind the Red Bull team, though the Scuderia leapfrogged McLaren and now sit in third position.