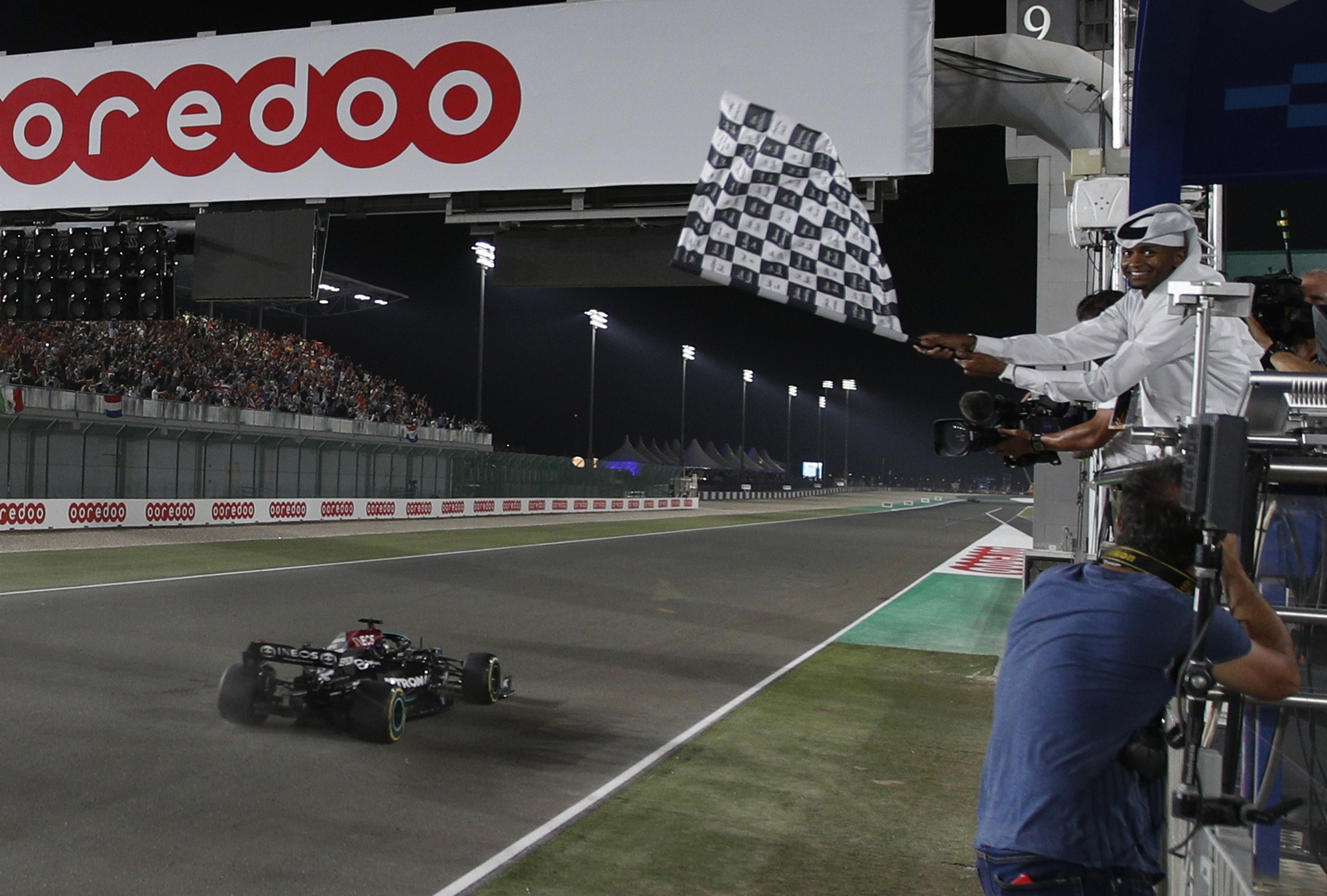 A superlative drive from Lewis Hamilton saw the Mercedes driver lead the 2021 Qatar Grand Prix from start to finish, but how has that changed the F1 Drivers’ Championship standings?

Hamilton did initially have F1 title rival Max Verstappen alongside him on the front row of the grid, but a five-place penalty for the Red Bull driver saw him drop to seventh. Nevertheless, Verstappen quickly made his way through the field, finishing second, and also picking up fastest lap.

As a result, Verstappen still leads the Drivers’ Championship, but Hamilton has reduced the deficit to eight points as we head into the final two races of the 2021 F1 season.

Elsewhere in the Constructors Championship, Mercedes now hold a lead over Red Bull of just five points after Valtteri Bottas was forced to retire in Qatar. Ferrari extended their gap to McLaren to 39.5 points as they fight for third place.