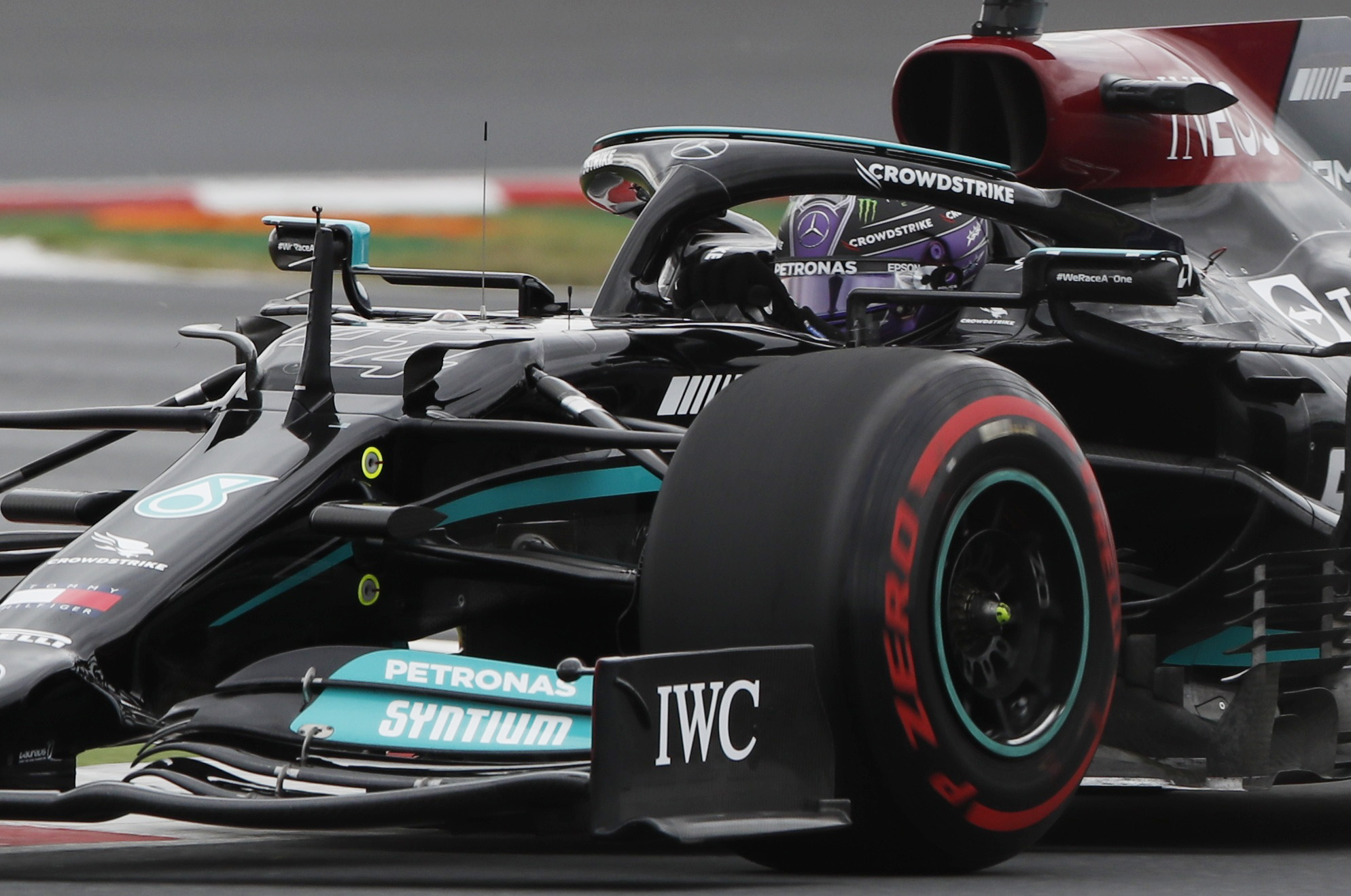 Lewis Hamilton was dominant during Qualifying for the 2021 Turkish Grand Prix, but an engine change and subsequent grid penalty means that the Mercedes man’s teammate, Valtteri Bottas, will line up on pole position for Sunday’s race.

In changeable conditions it was Hamilton who carried over his fine form from Friday, ending as the fastest driver in all three Qualifying sessions. Mercedes looked to have the measure of rivals Red Bull, who were also just a step off the pace.

In the end, Max Verstappen delivered a solid, if unspectacular lap to qualify in third position, which will see the Dutchman line-up next to Bottas on the front row.

Neither driver could ultimately get close to Hamilton’s best time, however, as the Brit’s final lap was two-tenths up on that of his teammate.

Away from the title protagonists, it was a good session for Alpha Tauri in particular, who finally got both of their cars into the top 10.

Rookie Yuki Tsunoda, who struggled with grip during Friday practice, showed decent pace in the dry to finish 10th. Meanwhile, Pierre Gasly was – Hamilton aside – the star of Qualifying.

Istanbul always seems to deliver a shock or two, and this afternoon that honour very much went to Mick Schumacher, who dragged his Haas into Q2 for the first time this season.

The 22-year-old qualified in P14, edging out the likes of McLaren driver Daniel Ricciardo – who was eliminated in Q1 – in the process.

Capitalising on the damp early conditions, following an early morning downpour, the German once again showed a glimpse of his promise as an F1 driver. By contrast, his teammate Nikita Mazepin qualified dead-last – almost three seconds off the pace.

Sunday’s Turkish Grand Prix looks set to deliver drama, especially with the leader in the Drivers’ Championship starting down in tenth. While Hamilton is a huge fan of the circuit, he also reminds realistic over how tricky it could be to make progress through the field come the race itself.

“Tomorrow is going to be difficult, but I’ll give it everything,” the 36-year-old said after the conclusion of Q3. “The track is absolutely awesome. It was a really tricky to session in general, as there were still some damp patches.”

Bottas meanwhile, whose pole position today was his first of the season, insists that he will be focusing purely on his own task of winning the race, rather than helping his history-chasing teammate.

“Ill focus on my own race tomorrow, I think that’s the way to go. I’ll try and keep a good pace,” the Finn told Paul di Resta.