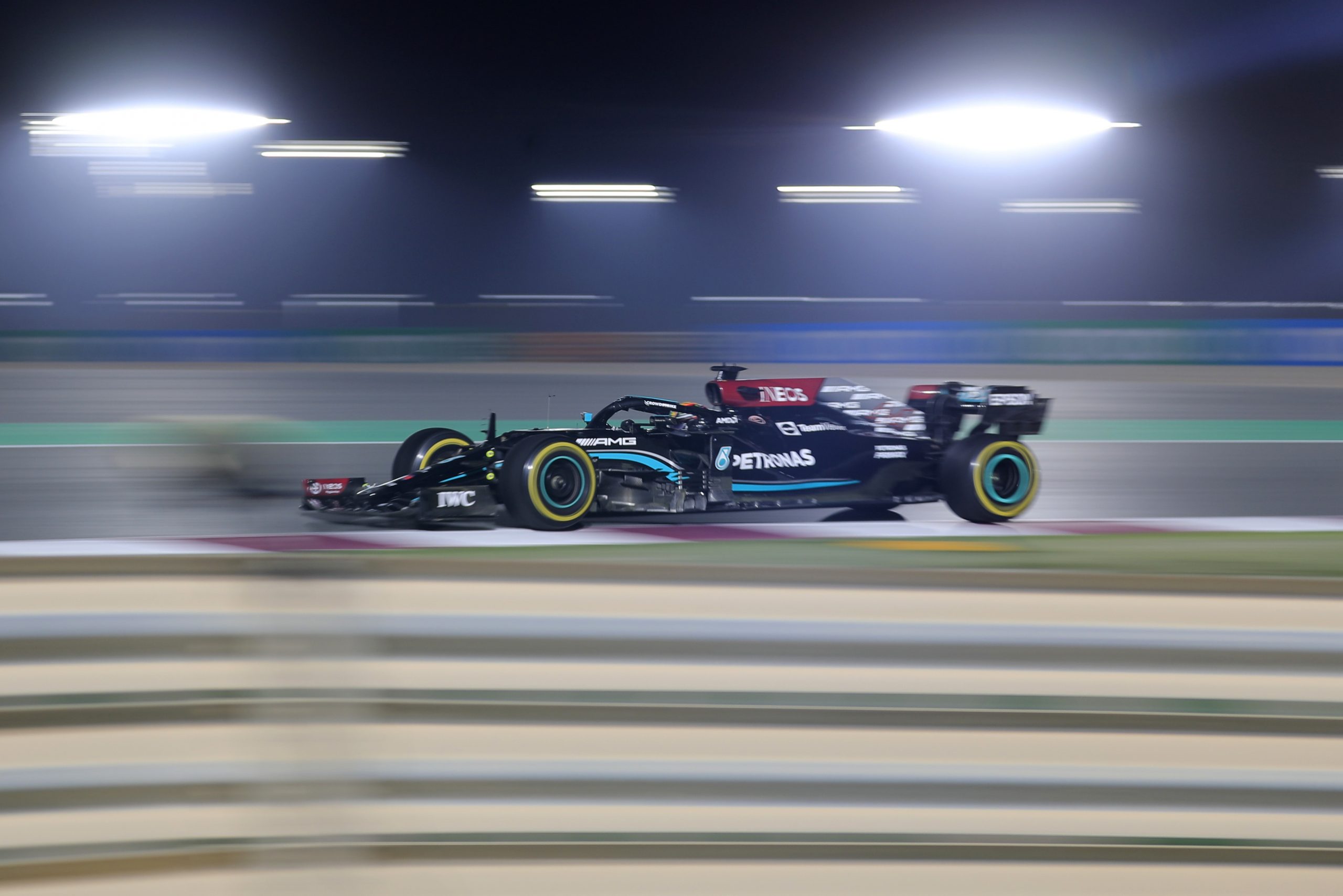 Mercedes F1 star Lewis Hamilton was in a class of his own as he claimed a dominant victory at the 2021 Qatar Grand Prix. The reigning world champion reduced his gap to Max Verstappen to eight points in the Drivers’ Championship after his Dutch rival finished second and claimed an extra point after claiming the fastest lap of the race.

A flurry of grid penalties saw Hamilton line up on the front row with Pierre Gasly and Fernando Alonso in second and third. The Englishman made a clean getaway with Alonso moving into second and Verstappen settling in behind Gasly in fourth. Hamilton’s teammate Valtteri Bottas had a horrid first lap losing five positions and dropping down 11th.

The Dutchman would eventually dispatch Gasly after the AlphaTauri driver ran wide at the final corner and would see off Alonso in successive laps meaning the title contenders resumed their battle at the head of the grid. Verstappen‘s teammate Sergio Perez meanwhile made steady progress through the order with the Mexican driver eventually prevailing in his duel with Ferrari‘s Carlos Sainz and moving into sixth.

The result leaves Hamilton eight points behind Verstappen with two races to go in what has been a pulsating 2021 Formula 1 season.

Alphatauri’s Yuki Tsunoda became the first driver to pit with the Japanese driver swapping his soft tyres for a set of mediums, he was followed by Alfa Romeo’s Kimi Raikkonen who also went onto the mediums. Gasly meanwhile lost a further two positions to McLaren’s Lando Norris and Perez who was having a stellar opening stint to the race. Gasly would eventually come into the pits given that his soft tyres had pretty much fallen off the cliff.

Both Bottas and Perez made further gains with Bottas making a move on Sainz and Esteban Ocon and Perez blowing past Norris with the help of DRS. Verstappen, who until this point had no answer to Hamilton‘s dominant pace, came in for a pit stop with the Red Bull driver opting for the hard compound tyre and an alternate strategy. This led Mercedes to react to Verstappen‘s stop with the Brackley-based squad bringing Hamilton in despite the British driver’s reluctance.

Bottas then made his move on Norris as Alonso came into the pit promoting the Finn to third place, Alonso crucially came out ahead of Perez, who overtook Daniel Ricciardo with the Mexican moving into seventh after Norris‘ pitstop. Perez‘s woes would be compounded when Charles Leclerc made an uncharacteristic mistake allowing Alonso to overtake while costing the Red Bull driver valuable time as the Monegasque driver mounted a defense of fifth before being overtaken and pitting himself.

Perez would eventually pass a hard defending Alonso with both drivers going wheel to wheel through the first three corners as the race went past the halfway stage. The battle at the front became a fight for the fastest lap of the race with both Hamilton and Verstappen trading blows despite a seven second difference between the two cars.

Disaster struck for Bottas with the Finnish driver picking up a puncture and limping to pits for a tyre and front wing change. The Mercedes driver dropped down to 14th place with his race in tatters. The incident also led to a flurry of radio exchanges with Verstappen and Hamilton complaining about vibrations.

Verstappen would then make his second stop on lap 42 with his teammate following suit, both drivers opted for a brand new set medium tyres for the final part of the race. Predictably Hamilton boxed a lap later though he would blot on a set of scrubbed medium tyres.

With seven laps to go, Norris made his second stop of the race with McLaren fearing tyre damage just as George Russell suffered a puncture on track. Bottas meanwhile retired from the Grand Prix putting an end to what had been a disastrous Qatar Grand Prix for him. Russell‘s Williams teammate Nicholas Latifi was the next driver to suffer a puncture with the Canadian suffering a tyre delamination on the main straight.

The incidents called for Virtual Safety Car with the circuit going green for the final lap. Hamilton would claim his sixth victory of the season with Verstappen and Alonso rounding out the podium places. Alonso would also be voted the driver of the day as the Spaniard claimed his first podium finish since 2014.