Lando Norris has taken his first Formula 1 pole position for the Russian Grand Prix after a dramatic conclusion to qualifying as Sir Lewis Hamilton was unable to manage the transition to slick compounds to hold onto pole position following a pit lane crash.

Hamilton had looked in full control of the damp session, before he hit the wall in the pit lane as the drying track prompted the cars in Q3 to come in for slick tyres, forcing Mercedes to fit a new front wing before he struggled with tyre temperature and ultimately spun on his final flying lap.

“It feels amazing, I don’t know what to say,” Norris said after the qualifying session. “It was a manic session. Extremely happy, thanks to the team as well, they’ve done an amazing job. That crossover session, the lap before I was two seconds down and wasn’t very confident we could improve. I risked quite a bit and it paid off.”

Hamilton will therefore start the race tomorrow from fourth, after Carlos Sainz put in a sterling lap to take second over six tenths behind Norris, while George Russell once again showed his calibre in changeable conditions by putting his Williams on third.

There were concerns that the session would have to be delayed after unseasonably heavy rain fell all morning in Sochi, forcing the cancellation of the F3 and other scheduled support races.

However, unlike at Spa, the weather took a more favourable turn, and the track was suitably dried out by the beginning of qualifying to allow the cars to go out on track on intermediate tyres for the first two sessions before the top 10 switched to slicks for Q3.

Hamilton had looked in control throughout the session up to that point, while teammate Valtteri Bottas could only take seventh place in a track which has historically suited Mercedes, behind the second McLaren of Daniel Ricciardo in fifth and the Alpine of Fernando Alonso in sixth.

Max Verstappen didn’t take part in this qualifying session given he will start the race tomorrow from the back of the grid after Red Bull opted to take a fourth engine for the season after the Honda power unit was heavily damaged from the crash at Silverstone before the summer break.

The Dutch driver was already looking at a compromised race after being handed a three-place penalty for the Russian GP, having been adjudged to have been at fault for the collision with Hamilton in Italy last time out.

His Red Bull teammate Sergio Perez could do little to spoil the Mercedes party on a track which doesn’t particularly play to the team’s strengths as he could only put his car in ninth.

It was a disappointing session for AlphaTauri, with Pierre Gasly missing out on Q3 for only the third time this season as he fell from the top five in the first part of the session down to 13th, with teammate Yuki Tsunoda down in 14th.

Sebastian Vettel was similarly crestfallen after he lost out to the Ferrari of Carlos Sainz for 10th place by just five hundredths of a second, with teammate Lance Stroll continuing his upward trajectory by qualifying in eighth. 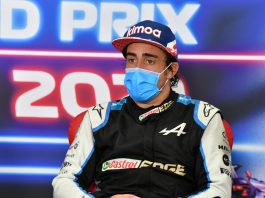 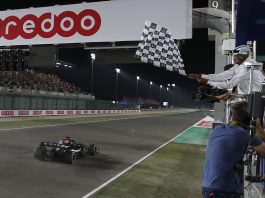 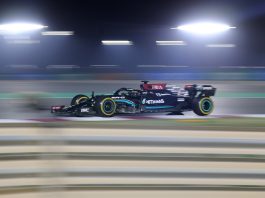 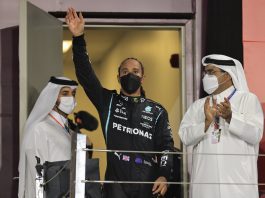 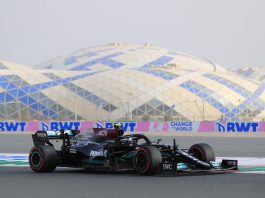 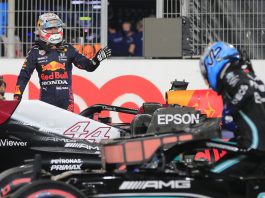