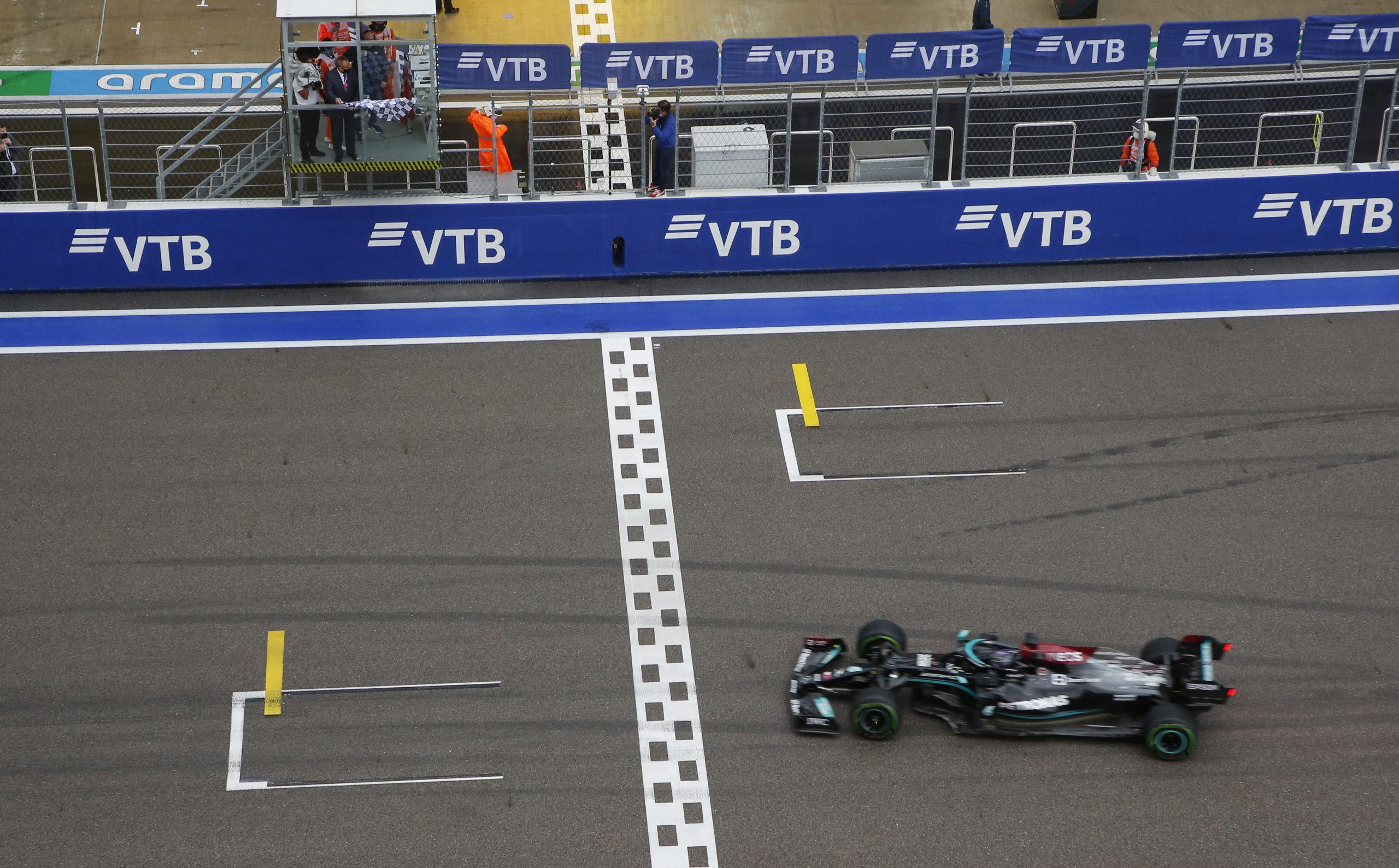 Rain flooded the track in the final few laps and leader Lando Norris decided to stay out in his McLaren, which was ultimately the wrong decision, and led to Hamilton jumping his fellow Brit in the closing stages.

Elsewhere, Max Verstappen took full advantage of the weather as he charged from last on the grid to a magnificent second place.

With the first half of the race going away from Hamilton, he stormed back after the pit stops and eventually a better call to come in for intermediate tyres won out and gave the seven-time world champion his 100th F1 victory.

“It’s taken a long time to get to 100 and at times, I wasn’t sure it would come,” Hamilton said after the race.

“Lando did such an amazing job, he had incredible pace. It was bittersweet to see my old team ahead. The team made a great call right at the end, I didn’t want to let Lando go but again I didn’t know what the weather was doing.”